AUTOMAPPPS OLP is the SW-tool for faster, more easy robot programming. The SW features low-code and no-code programming. Moreover, automatic collision avoidance and automated planning and scheduling are combined with WYSIWYG simulation and "CAD to path". Further support features make it easier to achieve the process goals. Thus AUTOMAPPPS accelerates easy robot programming or layout optimization compared with conventional OLP or teach-in. Above all, programming robot gets faster even for robotic tasks which are very complex to program by other means. 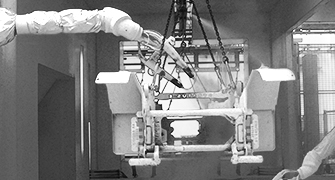 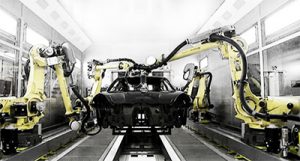 AUTOMAPPPS OLP has proven to be cost efficient and time saving. Even where other robot offline programming software was not applicable or not viable from a economic point of view.  Our success-stories include

We are especially proud because in the majority of cases where AUTOMAPPPS CAD-based robot programming is used, it is used by the production staff itself. Not by OLP experts. After some training with the robot offline programming software, not only OLP experts are able to master the robot offline programming. Rather everyone can program the robots. Furthermore users are enabled to deal even with very complex tasks very efficiently.

Is your robot application optimally supported by our OLP's process simulation and robot simulaiton? Ask for a demo !